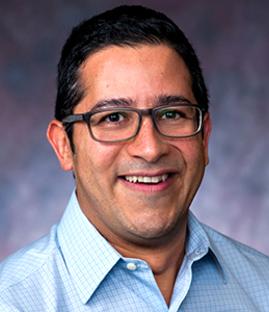 As immigrants settle in new places, they are faced with endless uncertainties that prevent them from feeling that they belong. From language barriers, to differing social norms, to legal boundaries separating them from established residents, immigrants are constantly navigating shifting and contradictory expectations to both assimilate and to honor their native culture. In his books and multiple articles and chapters, Ernesto Castañeda describes and theorizes about the parallel processes of immigrant integration and exclusion in global and border cities in the United States and Europe, with special emphasis on Latin America and North Africa as places of origin and cultural referents for immigrants.

Ernesto Castañeda received a PhD in Sociology from Columbia University and a BA in interdisciplinary studies from the University of California, Berkeley. He has been a visiting scholar at the Sorbonne, the Institut d’Etudes Politiques de Paris, the Zolberg Institute on Migration and Mobility at the New School for Social Research, and the Centre on Migration, Policy, and Society (COMPAS) at the University of Oxford. He is affiliated with the Center for Latin American and Latino Studies, the Transatlantic Policy Institute, and fellow at the Center on Health, Risk, and Society, and the Metropolitan Policy Center at American University, in DC where he is an Associate Professor of Sociology.

Castañeda is the author of A Place to Call Home: Immigrant Exclusion and Urban Belonging in New York, Paris, and Barcelona (Stanford University Press, 2018); Building Walls: Excluding Latin People in the United States (Lexington 2019) coauthor with Charles Tilly and Lesley Wood of Social Movements 1768–2018 (Routledge, 2020); editor of Immigration and Categorical Inequality: Migration to the City and the Birth of Race and Ethnicity (Routledge 2018); coeditor with Cathy L. Schneider of Collective Violence, Contentious Politics, and Social Change: A Charles Tilly Reader (Routledge, 2017).